<!--- THIS IS THE SCRIPT FOR YOUR BOXES APPEARING AND HIDING; MAKE SURE TO EDIT THIS ACCORDING TO HOW MANY LINKS/BOXES YOU NEED ---!> 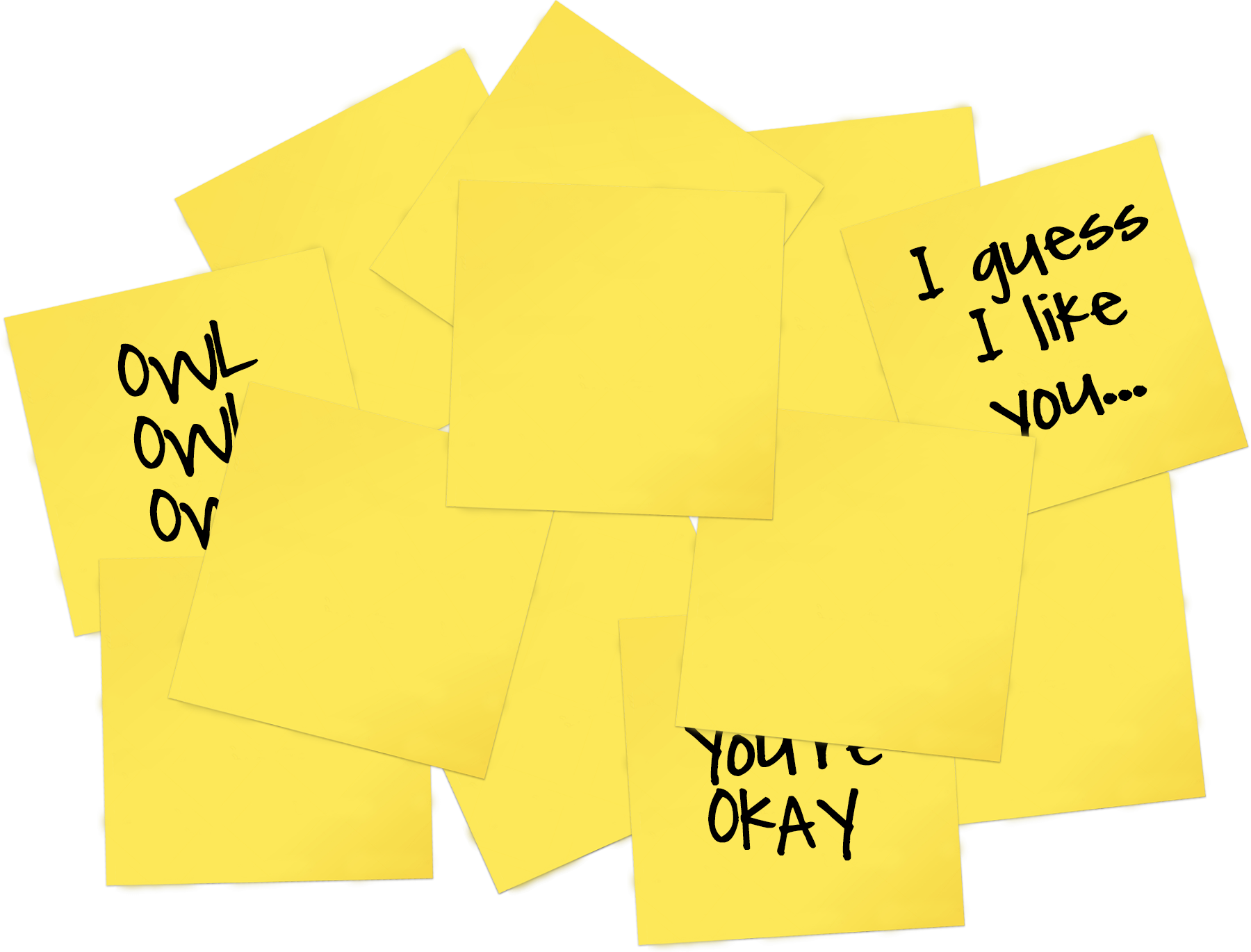 happy birthday, babe!
i love you
you're old!!!
She hatches a plan. She isn't really sure why she even wants to plan, but it feels different. He feels different, or at least different enough that she wants to make him remember her in her best light when they're separated by ocean and continents. They will have more distance in their first year (God, if they make it to the end of their first year) than they have together. Technology is a poor substitute for flesh, but they are left with no other choice.

It isn't particularly elaborate; neither are thrilled by celebrations and birthdays. Instead, their surprises often come in the form of practical jokes and public humiliation than grand gestures and opulent, expensive gifts.

She finds birthdays rather meaningless. She never feels particularly motivated to celebrate hers or anyone else's, but when his birthday comes around, an idea comes to her after another bout of lighthearted teasing. Packets of post it notes, she thinks. Some blank for future references. Some with writing. Her best birthday wishes and all of the silly things she'd normally say to him. Only it'd be on post it notes so that he'd never forget her.

Before he wakes up, she will carefully place as many post its as she can all over him, all over the bed. She will stick the most important ones on his face and when he pulls each one off, she will replace it with a kiss.

Assuming, of course, she doesn't manage to wake him up before completing her surprise.
They fight, and as always it's over a miscommunication that turns into a misunderstanding, and when it ends, they sink into their respective insecurities and worries. They mirror one another in this way: candid expression of emotions and thoughts might as well be an uphill climb up an icy cliff.

When she begins to pack for her week in LA, she remembers she has a plan. When she reads the last post-it note, she frowns. I love you, she'd written the week before and planned to stick it squarely in the middle of his face.

It isn't that she's stopped loving him or that she loves him any less than she did two weeks before. She does, however, let caution overcome her.

The sinking, crumbling feeling and the slow horror has not left her. Instead, it sinks into her skin, etching and staining every inch. She begins to hoard her I love yous, clutching them closely to her heart as if she might run out of opportunities to say them and when she runs out, it'll be the end of them. She's inclined to believe there might be a day; his reaction is all but proof of the inevitability. If she tells him she loves him too often, he will grow tired of hearing it and she will not be able to say it again.

A small part of her resents him for admitting he loves her at all, because it became real in that moment. It means everything could go wrong and she will likely be left surprised, watching everything erode before her eyes. And yet still, she will walk away with no idea how it happens. It's moments like the one they have a few days before that make her resent his confession as irrational as the feeling is.

In a fit of frustration, she rips up the post it note, destroys the words, shredding everything to pieces. When she drops the remainder into the trash, she doesn't rewrite. The words lay deliberately forgotten.
When she's with him, it's different. The fear doesn't completely disappear, but it fades enough that she can forget for a time being. She hides her hesitation and prays that he doesn't notice that she's been dodging every mention of love. Since their fight, he's insisted on referencing love more than usual and she suspects he may be overcompensating again. The last thing she wants to do is fight.

On the morning of their last day, she can't help but sneak sad looks at him when he isn't looking. She loves him dearly and saying goodbye to him so often breaks her heart more than she is willing to admit. The news that she may spend another summer filming "Descendants of the Sun" is more disappointing than it is celebratory. More months she will have to spend away from him. With Guardians and Jurassic World, he will need to be away from her. The next year will be exactly like the first. She will not be able to retire from this life the way she'd planned to.

She feels overwhelmed, so she feigns a mild headache instead. With a little bit of sleep, she promises him, everything will be better and she'll get some on the flight to Paris. She loves him, and the words nearly slip out of her mouth as she holds onto him that morning.

"I already miss you," she says instead, mumbling her words into the fabric of his shirt.

She hates goodbyes. She hates being left. She hates that every time she leaves him, she comes back loving him more. It's both complicated and simple in one single breath. She wrestles with this impossible feeling, but she supposes that this is just another side effect of dating her best friend. The feeling makes her ache and she isn't even on the plane yet.

Reaching for his hand, she finds him, their fingers interlace instinctively as she lifts their hands to her lips. She wonders if it's possible to invisibly tattoo her kiss on the back of his hand as she presses one against his skin. She gives into a smile at the silly thought, her mouth curling with amusement. Would he even agree to it?

Her other arm is still wrapped around his waist, hand resting on the small of his back. "If we get stuck like this, you have to come to Paris with me, right? Koalas are known for getting stuck to things," she says, pushing away her disappointment with jokes. It's easier to pretend she's handling all of their distance well enough than to expose all of the neediness that threatens to spill out. The ghost of his every touch will haunt her every day she is away from him. She will crave him indescribably, ridiculous jokes and all. She will feel his phantom kisses against her skin when she is alone in a too-large bed in countries far from Atlanta and Los Angeles. It will drive her insane.

"So I'll see you in Brazil?" She means to say as her tone lifts into a question as if she doesn't know for certain he will be there. "Sorry you have to fly so much," she apologizes genuinely, and she does often feel guilty for it. Their careers and her constant travel means he will fly more than he will ever care to fly. Her selfishness overpowers her consideration of his fears, and subsequently the guilt overcomes her selfishness.

When she finally lifts her head to meet his gaze again, she forces her most brilliant smile. This is the way she wants him to remember her or at least she hopes he will. She doesn't want him to worry about what's happening in her head, not when they have an entire month to get through. She loves him; she just worries it may be a little too much.